This summer was very short-lived in all honesty. I had six weeks of freedom to do as I pleased back home but to an extent (typical strict Filipino moms). But as my summer had come to an abrupt end, I had to jump back into Resident Assistant training as a returner RA. I had no worries in this position, especially with the fantastic team that I always have with each having their unique sense of style to handle certain and difficult situations. From these 9-5, sometimes six work timeframe was the most tiresome hours I have been through, there have been certain days where they have fully stood out to me.

I’ll never forget going on my second retreat as an RA and where I felt utterly disconnected.

It was the first Thursday of August, and the whole RA team were on their way to go on a retreat to Point Bonita YMCA center in Sausalito just right outside of San Francisco. To make a long story short, it was better than last years and more refreshing.

However, things just came at me sideways, and I still do not fully understand why they did. The flow of this disconnect came in the afternoon of the first day, and it was honestly the hardest feeling to feel especially in front of the entire Res Life team. As stated, this feeling was indescribable and frustrating to wrap my head around, and thoughts were floating in my head that afternoon to night constantly. Even when half of the RA team and myself took a walk down to the beach, I coerced myself to snap out of that feeling but it didn’t work whatsoever, or at least I think it didn’t. I was masking my emotions that were written all over my face, and no one saw it. I guess I do a damn good job at that. The beach was an eye gazer for sure, and the whole vibe of those moments spent on the area was just the right amount of what a measure of serenity is. But why was I feeling the way I was and hating myself on such a beautiful day surrounded by beautiful people taking their pictures to distract myself. I was facing something that made me wanted to scream and punch the concrete walls of my apartment, and I have no idea how I was still able to go on about that whole time in front of everyone. I had felt that I had given up on the world as it did for me.

As depressing as this post sounds already, I checked back in with myself unintentionally. Someone saved me from this even if it was only for twenty plus minutes, those moments salvaged me for the time being. 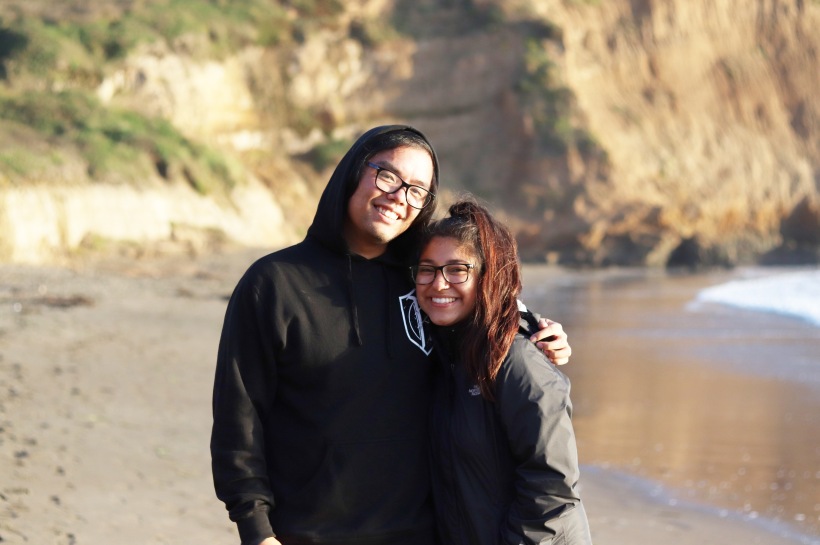 My good friend Aimee who I have previously mentioned in one of my posts, “Two Souls” was also at the beach with half of the entire RA team. Even when I was feeling so flustered, I had always been checking in on her that whole day because it was a nerve-wracking experience for her and plus I still do on a sound basis. The sun was setting reaching about to reach the cover of darkness some RA’s started to trail off the beach to go back to the campfire session with half of the ResLife team, I bumped into her and had asked her how she was doing. This was me trying to force myself to be there for someone that I genuinely love and care about no matter how bad I was feeling emotionally. This is when I snapped out of it and checked back in. Ironic as that sounds, right? After I had asked her that, she told me that something was really bothering her and I can tell that it was for the rest of that day.

As the other RA’s were straying off the beach to head back to the center I had asked Aimee to sit down on a wooden log with me overlooking the beach with the huge cliffs to the far left-side of us and just simply discuss the issue she had been facing. We had talked about it, and hopefully it made her better, but in all honesty, it made me feel better. Usually, something like this would sound as if it were coming straight out of an adventure or love novel, even a movie, but everything about that moment meant everything to me. The fact that someone came to me first stood out. In here they wanted to vent and discuss their personal problems to me while sitting on a log on the beach, overlooking the Pacific Ocean with its waves crashing on the lower rocks of the cliffs, seagulls with other marine animals passing by along with the summer sun setting in front of us, with the cool ocean breeze swaying in, and just having that pleasant conversation of remedying the underlying situation literally meant everything to me that evening. I comforted her as best as I could and reassured her that everything will fall into place. I hugged her and told her that I loved her offering the 110% support she deserves. I know that it sounds weird and even just typing while reading it out sounds funny, but I hope you all get where I’m coming from with this.

I know later in the nighttime the emotions came flooding back as I was wandering aimlessly in the wild while everyone was enjoying the campfire and sharing a multitude of laughter with songs of hype and love, but as I reflect on that specific moment with Aimee, it was something that I will never forget about during my college years. It meant everything to me and still does to this very day.

I will never forget that spent Summer evening moment with Aimee. I take a walk down memory lane and revisit that blissful experience with her in hopes that I would see her there where we can sit at that very same wooden log, at the same exact spot, with the same beautiful setting where nothing else mattered, and everything is right in the world. The description of scenery I previously mentioned inexplicably felt right at that moment. It was absolute, and for that evening I felt ok because it’s where I checked back in.